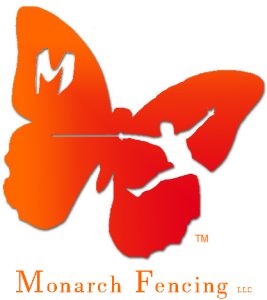 I took a fencing class at Texas Tech University in 1983. Hooked, I continued to co-found the Texas Tech Fencing Club, built the membership to a respectable level, and at age 19 became chairman of the Plains Division.

I qualified for, and attended National Championships in Chicago in 1985, and New York in 1986. I placed terribly in all 3 weapons…but I didn’t quit.

I continued to fence, preside and coach our little college club. We hosted and traveled to tournaments and eventually I started to win once in a while. In 1990, I won the Texas State Foil Championships.

I continued to fence at TTU for many years after I’d completed my Bachelors in Fine Arts. I studied sculpture (clay, mixed media and furnace glass blowing) and photography.

After a time, I moved to the Dallas area where I studied Sabre at Dallas Fencers club under Valdek Czaja, a former member of Polish Olympic Sabre team who had successfully defected to the USA. During the 5 years I was there I became club President and Assnt Coach, leading both youth and adult classes alike. Most of our elite students were nationally ranked, some in the top 10 in their age group.

I took a break from fencing and started competitive skydiving. I logged 938 jumps, and became a skydiving instructor, videographer and coach. My 4-way team competed in state and national competitions for several years medaling in 2003, 2004, and 2005.

In 2008 I resumed my passion of fencing. In 2009 I began teaching youth and adult fencing classes at Salle Santa Cruz. The student population began with 2 students. In time I retained enough students to justify creating a youth class. The students continued to come. One class became two. Two became three… all through word of mouth, web inquiries and an extremely high student retention rate. Outside of a flyer occasionally emailed to home-school parents, I have yet to advertise in any real way.

Although my passion is coaching and teaching, I continue to actively fence, occasionally competing in many of the tournaments so prevalent in the bay area. Although my glory days are long since past, I still remain secretly hopeful that I’ll still actually win one once in a while.

*The United States Fencing Coaches’ Association is a national academy of the Academie d’Armes Internationale, (AAI), the world organization of fencing masters.   There are currently more than 20 members nations in the AAI.  The diplomas awarded through the USFCA are recognized by the AAI and its member national academies throughout the world.

**This certification covers CPR, AED, first aid and other emergencies. It meets the regulatory and credential training requirements for childcare workers, teachers, foster care workers, youth leaders and others responsible for children.